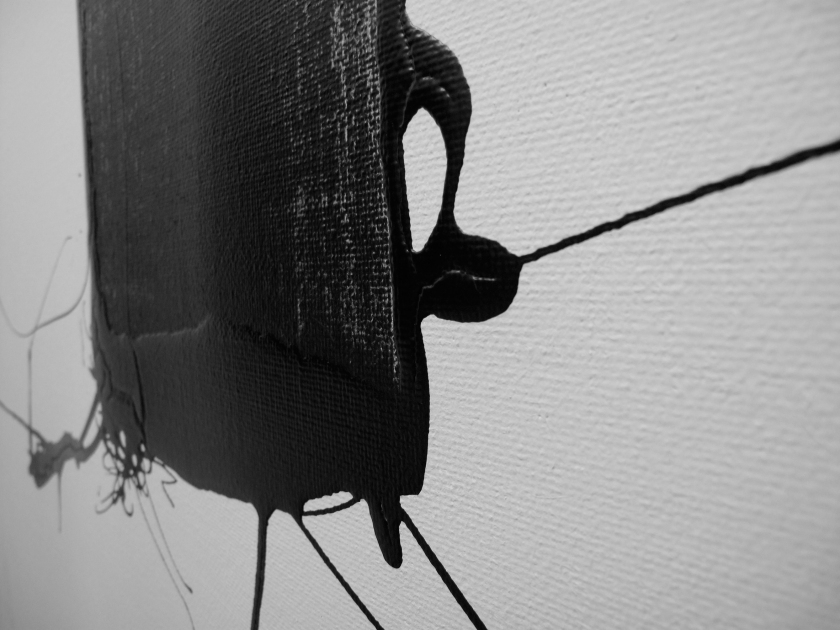 Cerruti is back for the realistic romantic

Alexandre Guillaume is a young abstract artist who lives in Manhattan. But also much more than that I realised, as we met for coffee one rainy afternoon in London, where he was just staying for a few days.

After working in graphic design, computer graphics, web design, and even interior design, Alexandre decided to come back to a passion he started when he was in the air base where he did his military service: painting. At first it was just a hobby to exhibit and sell a few artworks in Kent, where he had just met his wife. But one day, the couple decided to make happen a dream they shared, and moved to New York.

As Alexandre explains: ‘Manhattan made me reassess my life and find my style as an artist. I thought everything would be easy but I soon realised Manhattan was expensive, I needed contacts and to be a big name to be exhibited in serious galleries. People are in bubbles in NY, and you can’t know everything or everyone.’

But if Alexandre says he has now found his style, it has evolved immensely in the recent years: he started painting lines to represent the crossroads of our lives, the encounters with people who might matter or not, and analysing these social connections on canvas.

If one could easily compare him with Jackson Pollock – they share the ‘dripping‘ method of painting – or Pierre Soulages – another artist who worked on textures and volumes of black paint – Alexandre refuses to be put in a category.

‘As a self-taught artist, I realised that when people studied art in art schools, they always tend to  compare you or refer to someone else but I didn’t want that, I wanted to bring something different.’

As the scale of his work is getting bigger, both in terms of recognition in the art world and of the actual size of his artworks, so is his confidence as an artist to explore and use various media, with videos, and a photography project he did around the theme of people’s feet as they are walking their own paths, and that might be published this year.

As a genuine abstract artist, he refuses to give explanations on his current work, not even a tiny clue, because he believes his artworks are open to everybody’s personal interpretation. And they do not bear a name either: they are numbered but in random order.

Just like his lines always go out of the canvas, Alexandre Guillaume is an artist out-of-the-box.